Trying to budget for your kids’ sports expenses? Meet this 7 year old girl who pays for her own. 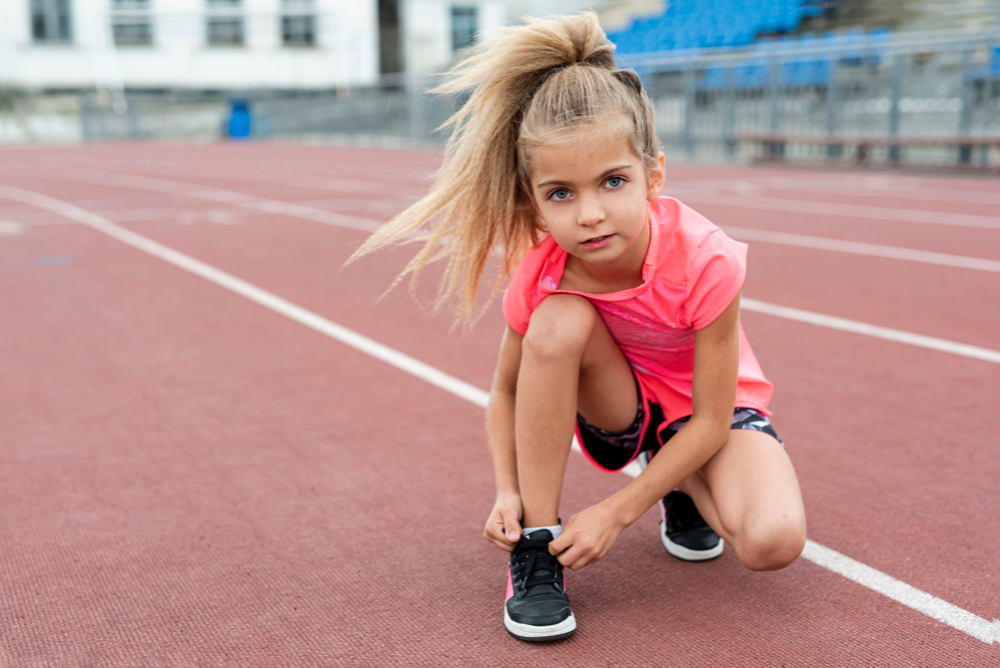 I hear from parents every day who tell me that it’s very difficult to make room in the budget for expenses related to youth sports.  I believe it. My son is 5 years old, and we’re already spending a few hundred dollars a year on the 2 sports that he plays. Between uniforms, taking snacks, registration fees and forced nights of eating out due to a disrupted schedule, it adds up quickly.  When you move into club or elite sports, it escalates into the thousands per year.

How do we fit these costs into our budgets without letting them take over our entire lives?  Here is the story of how one 7 year old entrepreneur has figured out a way to pay for hers.

Gianna at the Biscuit’s Biscuits booth

I first met 7 year old Gianna and her mom at the park by my house for a rock painting party I had seen on Facebook.  As we chatted and painted, her mom mentioned how Gianna had become an entrepreneur to support her desire to be an All Star Cheerleader, and to buy American Girl dolls.  Together, they had searched Pinterest for different ways that she could earn money, and as a result, Gianna has been running a business for the last year selling homemade gourmet dog treats at local craft fairs.

How old are you Gianna?

Your business is named Biscuit’s Biscuits.  How did you come up with the name?

Biscuit is the name of my first dog.

What is your favorite part of having your own business?

Shopping at the craft fairs.

Do you think when you get older you would like to continue doing this as your job?

Gianna got shy, but her mom assured me her goal is to open a bakery. Her parents have talked about refurbishing an old camper and driving around to dog parks selling doggie ice cream.

At this point I asked some questions of Lisa, Gianna’s mom.

Where did the idea originally come from to make dog biscuits?

She wanted an American Girl doll.  Two months before her sixth birthday, she asked if there were stores that sold the dolls and wanted to know how she could earn money to take a trip and buy one.  I told her that if she kept her room clean between her 6th and 7th birthday, that her Dad and I would pay for a trip to the American Girl store and buy her a doll for her 7th birthday.  She agreed, but about a week into the deal, she asked if there was another way because cleaning is just not her thing.

We looked on Pinterest to see what kind of ideas we could find for kids to make money.  They all involved cleaning or picking up dog poop or walking dogs, none of which was going to work for her.  Gianna asked me if we could bake something. Like maybe dog treats? So we read blogs and recipes and tried out our first batch.  The first month she made $500. She was hooked.

Now we have all night bake sessions because we keep our product fresh.  The night before a craft fair we get everything ready. She usually sells out.

How much does she really help, and how much do you help?

She helps a lot.  She’s learning how to do measurements. Right now I pre-measure for her and she dumps in the ingredients.  She cracks the eggs, she can work the mixer and put the dough in the pan. I put them in the oven and do any chopping.  She does any frosting involved and she comes up with recipe ideas.

We sell a lot of cupcakes and donuts.  Donuts were something she really wanted to do. When she comes up with ideas, we research and find a way to use the idea and make it safe for dogs.  Recently she wanted a banana muffin, so we did our research and found we could use honey instead of processed sugar, so now we have a banana honey donut.

When is your busiest time?

Christmas is when Gianna makes the bulk of her money.  Her aunt Amanda helps all year, but she really puts in a lot of hours during that season.  She helps with baking and she helps work the booth at the shows. Gianna walks around the shows talking to people, handing out business cards and selling.  When we are baking, Gianna can only stay up so late, so her aunt stays up all night with me to finish the baking. My son also helps by making treat jars and leash holders.

Do they get paid for helping?

Yes, Gianna pays her brother and her aunt.  She is learning payroll and learning how to make grocery lists.  When she gets her money, it’s split.  One third goes into the grocery fund, one third is her fund, and one third goes into a fund for payroll.  A lot of people ask if she really gets the money, and yes, she really gets the money, but she still has to pay for the groceries and pay the people who help.

Gianna’s cheerleading is $1100 and she already has the money to pay for next year, and we have a trip scheduled this summer to the American Girl store.

Gianna and her dog Loki

While Gianna is enjoying the fun life of a 7 year old girl, she is also learning some very valuable life skills.  Accounting, payroll, baking, measurements, delegation, work ethic, salesmanship, networking, the value of working hard for things that you want in life, and the power of working together as a team.  Did I already mention this is an amazing story?

With all of these skills she is picking up, you can bet that she will not be wasting her money on activities that she doesn’t enjoy!